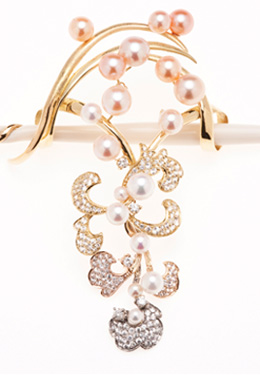 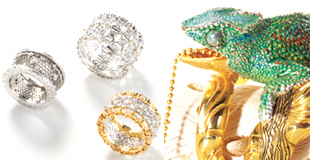 You will learn the ultimate techniques possible to learn as a student over a period of four years, such as filigree and granulation, which are also known as rare techniques, carving techniques such as cameo and engraving, advanced cloisonné and inlaying techniques for displaying the jewelry in a flamboyant manner. Those who have completed the course will be awarded the title of “Advanced Diploma” that is equivalent to Bachelor Degree, and enable to transfer to a post graduate program. It is your turn to present the oriental culture that took Europe by storm in the end of 19th century, through an item called jewelry.

Let’s have a look at the creations of students

You will draw a miniature (enamel miniature) on glaze material. Although it is a time consuming task where you have to individually burn every single color glaze, you will certainly be delighted once it is completed. 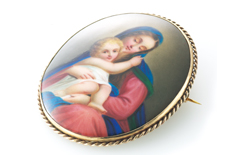 “Filigree” refers to creating patterns and three dimensional shapes by melting fine gold wire, and “Granulation” refers to decorating with the granules of fine metal. You will learn traditional techniques popularly used since pre-BC era. 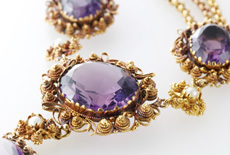 You will select material to use from shale, coral and jet (dendrolite), and learn carving technique. You will make cameo or small sculpture. 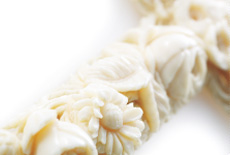